We aim to inspire creativity.

EatSleepDraw was created on December 7th, 2007, and has become the largest user submitted blog on Tumblr.

EatSleepDraw believes in quality over quantity.

We don’t think of EatSleepDraw as a blog, it’s more than that, it’s a finely curated art gallery.

We publish art about once every hour, 24 hours a day, Everyday.

For the complete written history of EatSleepDraw click here.

Please send your comments, questions, suggestions, and donations to:

Daily Dot — How to be featured on Tumblr's EatSleepDraw

Tumblr Power – 50 tumblelogs that will make your inspiration go nitro!

Nominated for Most Creative Use of Tumblr, Tumblr Awards 2008

9 Amazing Portraits - The best of EatSleepDraw 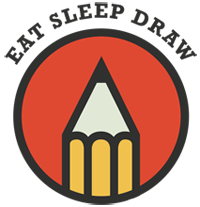 EatSleepDraw is an online art gallery where we post 100% original content submitted by contributors across the globe.